Work in progress on a strip “What can we tell the trees?”, the title being a loose riff on something else I did a while back.

Loosely, part of the Kendal improv series. At last year’s Lakes Festival, I decided on the spur of the moment to ask Stephen Holland of Page45 if I could film his excellent talk on selling comics, to use as material for a strip. Thanks, Stephen!

(Page45 is a comic shop in Nottingham, and one of the best voices in the UK comics scene, promoting a far wider range of material than just the usual superhero fair. If you don’t live in the area, you can still buy from them via their comixology storefront. This is not an ad, by the way, just a genuine recommendation.) 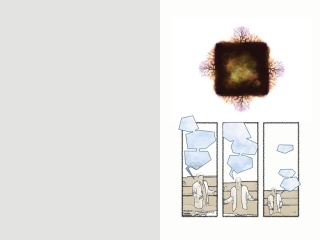 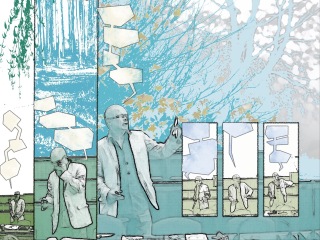 Tech note, because of that white jacket, and a dark background, the usual cross-hatching technique didn’t work well, so I tried something different – which is always good.