It was a month ago yesterday that a gang of intrepid theatricals, assorted talented photographers and members of the public met up during Kendal’s Comic Art Festival, to take photos and videos of one another, engage in various pointless activities and consume some utterly fine cake (and fish & chips!).

There’s relatively little finished art at the moment, I’ve been mostly working on the script, and now have a good overall pattern, with quite a few of the details for the first third filled in. In the run-up to the festival, I’d been throwing new “possible” ideas into the pot on an almost daily basis, and since then, I’ve been having to cut things out in order to get some sort of a controlled narrative that holds together as a story. It’s an interesting process, but not the most exciting one to share.
To whet your appetities, here’s a few key storylines that are emerging at present:
I have pretty much completed the first two pages of an introductory sequence of 5-6 pages, and will post something when the full sequence is done, hopefully in the next couple of weeks. (I expect to be turning out much more than two pages a month, there’s been a lot of “invisible” foundation laying going on these last few weeks!)
And here are a few (pre-digitally-remastered) photos of something happening… 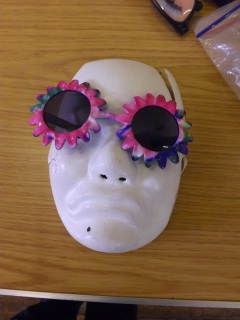