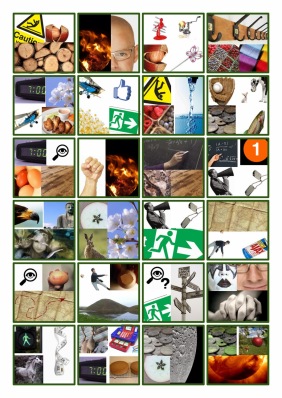 There’s more than one way to adapt a piece of art to a new medium, and this was a rather extreme exercise in proving it! After last week’s emotion-driven, sensuous adaptation of Yeat’s poem, here’s a highly formalistic, structure-bound, reductionist interpretation, driven by the rational left-brain. There’s a  trick I’ve come across in creative writing exercises, of introducing artificial constraints into a story in order to force creativity in new directions, and this was all about layng down so many rules that I felt trapped!

The poem follows a fixed structure, being composed of three verses of eight lines each. That’s twenty-four lines, so I’ve divided the page into 24 panels, with each verse getting two lines of the comic grid. Within that, each panel is divided into a 2×2 arrangement, which I’ve allowed myself flexibility about populating, with between two and four images, each literally representing a word from the relevant line of the poem. Playing with words, and with synonyms (that’s words that sound the same) is allowed, and repetition is allowed too. But each image has to relate to a single word, not just capture the sense of the line as a whole.

I wanted to get away from the romantic imagery commonly associated with/evoked by Yeats, which dominated my previous interpretation. So the original plan for prosaic imagery was to get every picture from supermarket websites, but I gave up on that and just went for google images in the end, plus a few of my own photos thrown in where they’d fit. (Techno-chef Heston Blumenthal is a mascot/spokesperson for Waitrose, and his inclusion in here stems from that early, abandoned decision about supermarkets, although the reader is free to interpret his presence in other ways too, of course.)

The process helped me to appreciate the structure of the poem. There may be new insights in there for the reader – there are certainly bad puns to spot too, and some interesting jarring between the romantic and the prosaic, and hopefully it becomes more than just a crossword puzzle and sheds some new light on the poem for you.

As I said, lots of images were grabbed from Google Images. I’ve avoided taking anything with a large copyright notice or any other restrictions attached to it. If you think I’ve stepped on your copyright, please let me know, and I can update this – every little bit of this is easily replaced.